Randomness for Your Monday

For your Monday, just a few things in my life that I thought I would remark on:

* On Saturday we (my Bible study girls) had a baby shower (more in the form of a very small late afternoon get-together) for Emily and her husband Sion.  They are expecting their second child, due July 24th, who will be a little sister to their 19-month-old daughter, Ellie.  So excited for them. :) 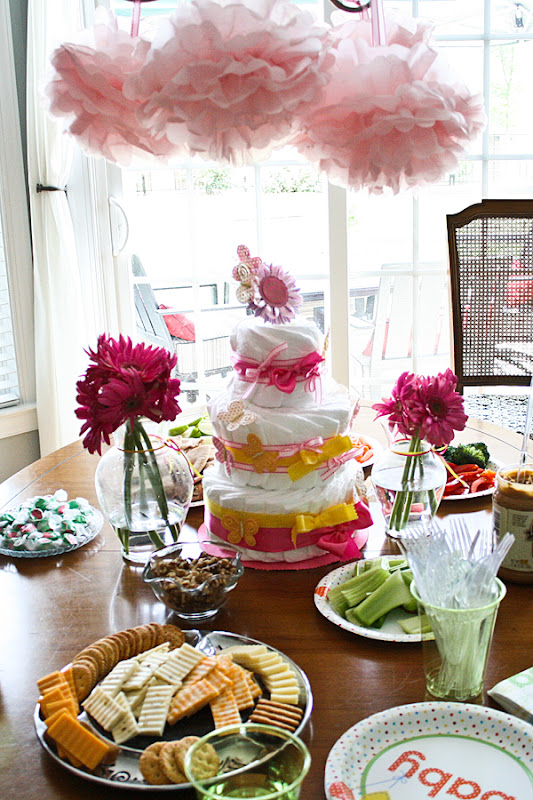 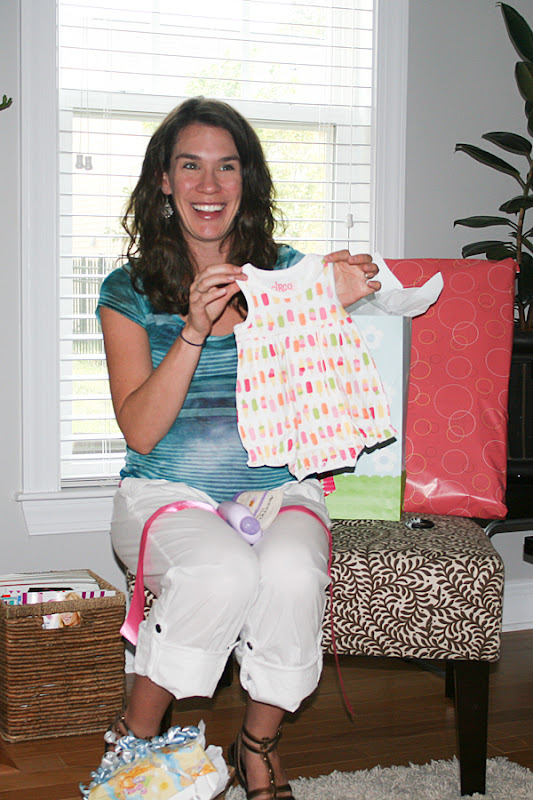 * Krew has developed a new affinity for squealing.  In the most shrill voice he can attain.  And he uses it for everything.  When he's mad, when he's frustrated, when he's excited, when he's hurt.  Everything deserves a squeal or two.  Which of course sends me into panic mode about 50 times per day because I never know if his arm is being cut off or if he just absolutely loved that last sip of juice. 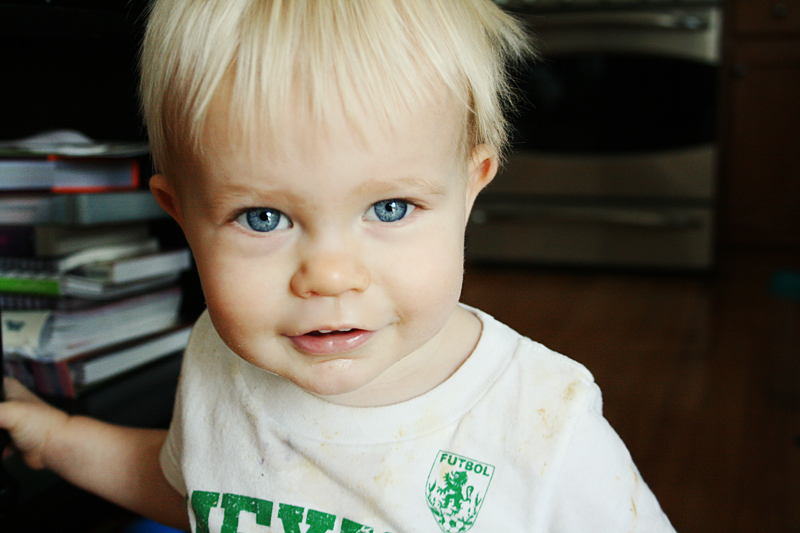 My little squealer. In a very messy shirt.

* Dave had his first tournament for his club travel ultimate team this weekend in Charleston.  And they took first place.  Go Ring!

* I had a weird rash of red bumps develop on my neck this week.  It was barely visible, yet made my neck feel dry and itchy.  Over a couple days it spread up to the bottom of my chin and almost to my ears.  I did a bunch of reading online, talked to people on Facebook, and called my aunt (who used to be a nurse) and there was no definitive answer.  My aunt did say, however, that she experienced something very similar once, and a doctor had suggested it was poison sumac, which can apparently in some cases be spread through the air somehow (?).  Who knows.  In any case, after Claritin (I don't feel safe taking Benedryl while I'm the only one home with Crouton) and a lot of hydrocortisone cream spread all over my neck, it seems to be getting better.

* We appear to have a fire ant colony in our backyard.  (Mom, if you're reading this, just skip this bullet point  and pretend you never read that last sentence.)  I have no idea when it developed or how I never noticed it before since I'm in our backyard a ton, but all of a sudden yesterday, there it was.  There were several times during the day yesterday that the ants got mad at went into attack mode, as they appear to have holes to their little dungeon everywhere (who needs 50 front doors???), but fortunately the only bites were one on my toe and on poor Rogan's feet (poor dog had no idea what was going on and was trying to lick them off, so I jumped in to the rescue and did a brush-down of her legs).  I've gone through half a can of Raid and have ant baits placed in strategically-selected locations, so hopefully the colony will be dying down soon.  However, while I was squatted down in one of my ant-killing frenzies, I looked up at the side of the house and also found a bunch of spider eggs.  I smooshed them to smithereens, but I'm thinking we may need to do some serious exterminating around our house, beyond a can of Raid and some ant baits.  I am not a fan of any little crawly things, I don't want to find them in my house, and I certainly don't want them biting my child. (Or my dogs or me or my husband or visitors, for that matter.)

* Dave and I have been somewhat throwing around the topic of paying someone to come clean our house once or twice a month.  At first I was completely against it, but as I talk to people and discover that many others do this, I'm starting to back down a little.  I have a hard enough time keeping stuff picked up around the house and doing the laundry, much less giving the house the cleaning it needs.  With working four days per week, Bible study, small group, church, traveling a ton, and a little tornado living in our midst, I'm wearing down.  Way way down.  To the point where I *may* have had an emotional breakdown in our closet last week.  Maybe.  It may not have been me.  But it may have.  Ahem.

* And last but not least, I discovered this weekend that some of Krew's shoes that were supposed to fit no longer do so.  Then I put a pair of size 5s on him yesterday and they fit perfectly.  (They may have been purple girls' shoes that belonged to Ellie (hehe), but I'm assuming little boys shoes fit the same.)  This means that he now wears size 5 instead of size 4.  Which means this will be the third time he's changed shoe sizes in four months.  Is that not crazy??  He went up two shoe sizes in the first year of his life and then three shoe sizes in the next four months.  Parenting is so ridiculously unpredictable.

One last picture to share that I just thought was so adorable. Especially since both Emily and I play the piano. 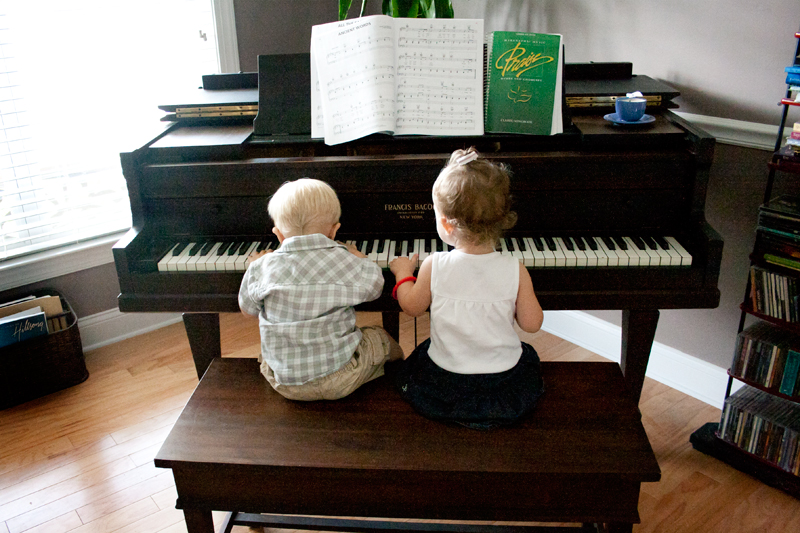 Krew and Ellie.  Hopefully future piano players, following in their mommas' footsteps. :)
Posted by Kara @ Just1Step at 7:30 AM