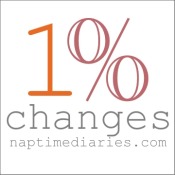 If you've gotten anything at all out of following Christ,
if his love has made any difference in your life,
if being in a community of the Spirit means anything to you,
if you have a heart,
if you care—
then do me a favor:
Agree with each other,
love each other,
be deep-spirited friends.
Don't push your way to the front;
don't sweet-talk your way to the top.
Put yourself aside,
and help others get ahead.
Don't be obsessed with getting your own advantage.
Forget yourselves long enough to lend a helping hand.
Think of yourselves the way Christ Jesus thought of himself.
He had equal status with God
but didn't think so much of himself
that he had to cling to the advantages of that status
no matter what.
Not at all.
When the time came,
he set aside the privileges of deity
and took on the status of a slave,
became human!
Having become human,
he stayed human.
It was an incredibly humbling process.
He didn't claim special privileges.
Instead, he lived a selfless, obedient life
and then died a selfless, obedient death—
and the worst kind of death at that—
a crucifixion.
-Philippians 2:1-8, The Message

Whoever wants to be great must become a servant.
Whoever wants to be first among you must be your slave.
That is what the Son of Man has done:
He came to serve, not to be served—
and then to give away his life
in exchange for many who are held hostage.
-Mark 10:43-45, The Message

Last night in Bible study, we studied and discussed the topic of being a servant.  We talked about how Christ had all power and was deity and equal with God, yet he laid all that aside and acted as a servant to all.  He did not demand recognition for his kindness, he did not act prideful about all the giving things He did for others.  He put others before Himself.  And in His Word, He challenges us to do the same thing.

My 1% Change for this week is to work on having more of a servant attitude in my marriage.  I'm going to try to ditch the attitude I can sometimes get when I decide that I've done enough and it's someone else's (that would be Dave's) turn.  I'm going to try to stop being so "me" focused and start being more "him" focused.  And when I do perform acts of servanthood, I'm going to try to stop expecting recognition, expecting something in return.  Because it's not about recognition and building my "I did good" list.  It's about following in Christ's footsteps, freely giving more than is expected, because He told me to and because that's how we become truly great in His eyes.  He set the example, and I am to follow.

If anyone would like to come along beside me for this challenge this week, please do share.  I would love to have some accountability.  Is there any area of your life that could use a bit more of a servant attitude?
Posted by Kara @ Just1Step at 9:36 AM

Email ThisBlogThis!Share to TwitterShare to FacebookShare to Pinterest
Labels: {Faith and Inspiration}, {Momtography / Lifetography}, {My Life}, {My Thoughts}