Sorry it's been an entire week since my last post...with being out of town for several days and then having bundles of busyness at work, it's been a bit tough to think about tending to a blog post. :)

However, now that I am back, I definitely have to share about last weekend. Thursday night I rode to Hilton Head, SC to be there for the Friday-night wedding of our friends Kelly and Lael. (Dave went a day earlier than me because he was a groomsman.) It was an adorable wedding...very pretty and small...it was probably the smallest wedding I've ever been to! Only family members and a few close friends outside of the bridal party. Very intimate. :) 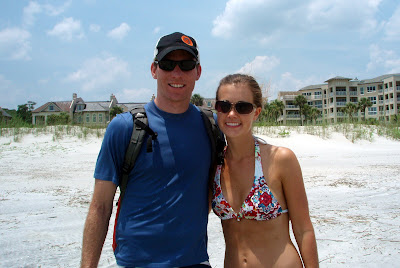 Dave and me hanging out at the beach
before the wedding 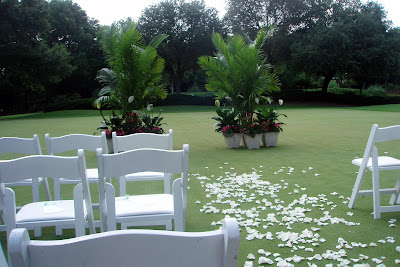 Such a cute outdoor setup 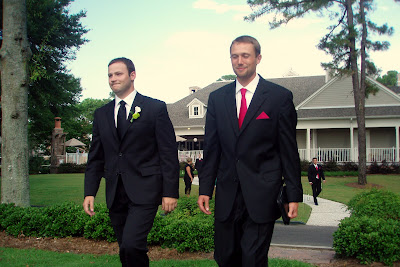 Kelly, the groom, and Sion, one of the groomsmen
and the officiant (read the story below) 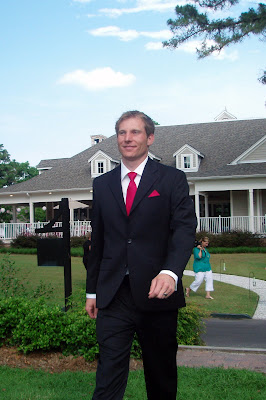 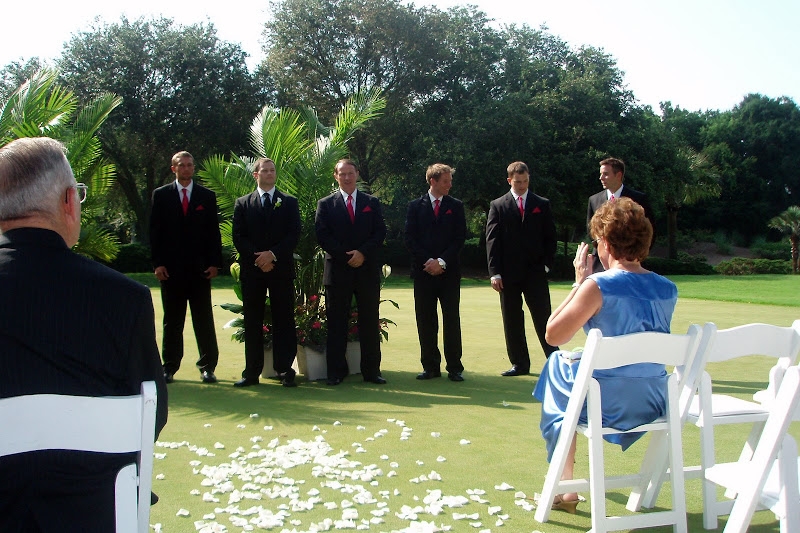 All lined up and waiting for the bride 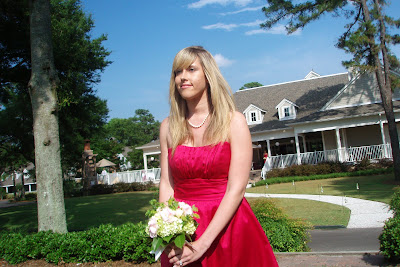 Emily, the only bridesmaid I knew 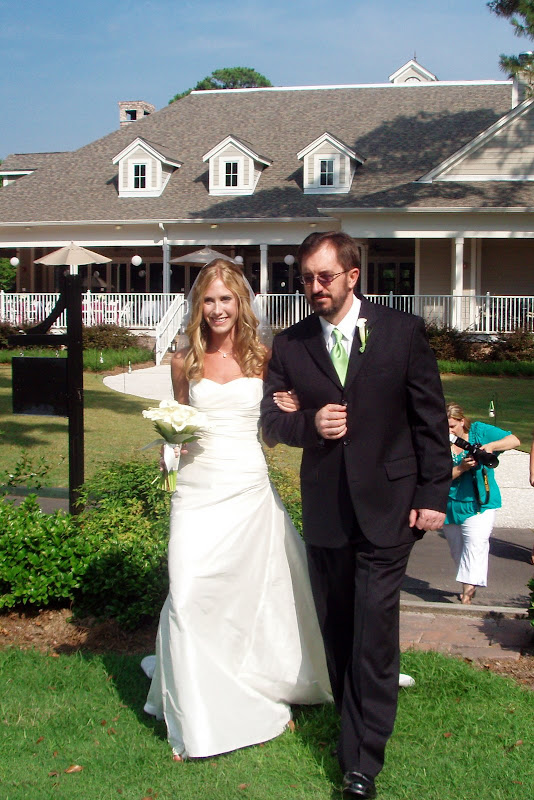 Lael coming down the isle 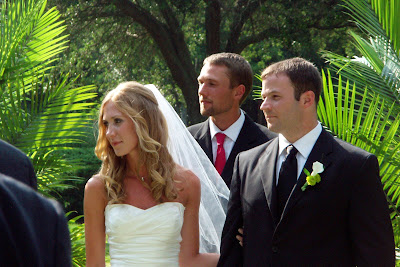 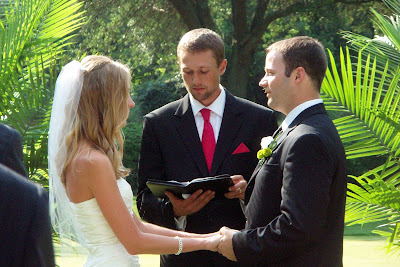 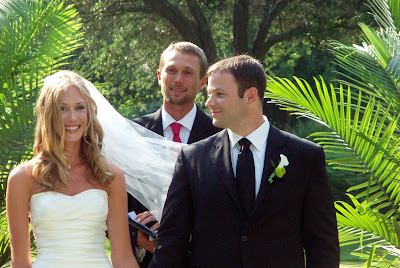 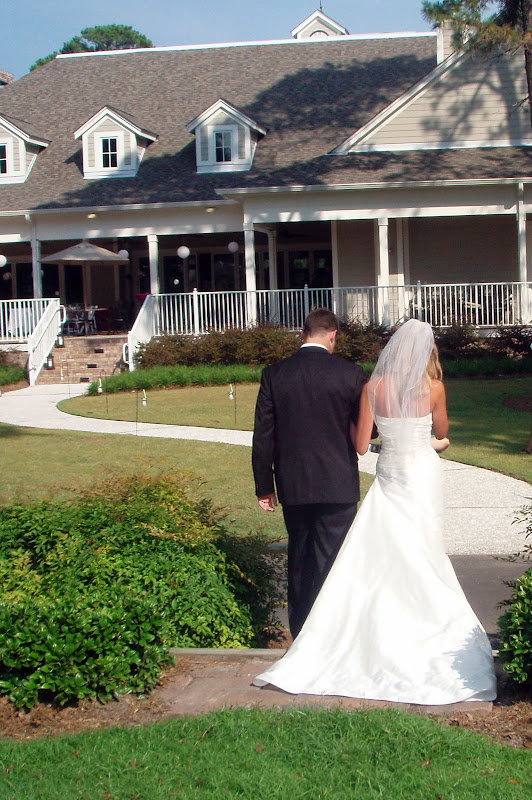 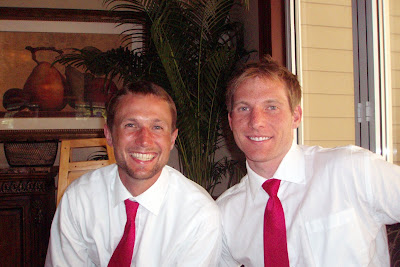 Sion and Dave after the ceremony 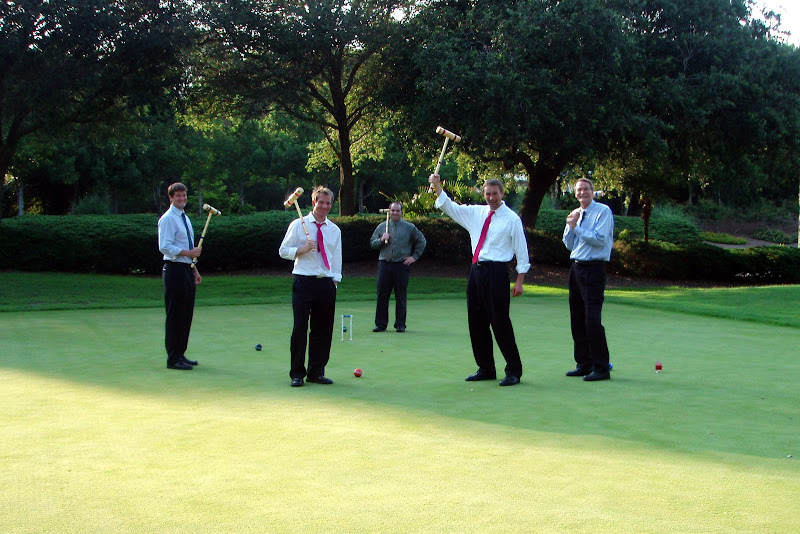 The wedding was on a croquet field...so the boys definitely took
advantage of that after the ceremony 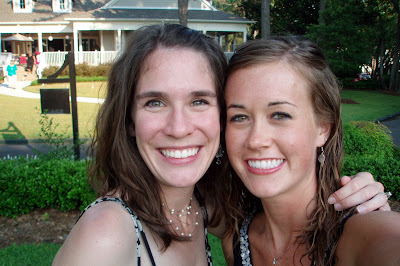 Emily (Sion's wife) and me 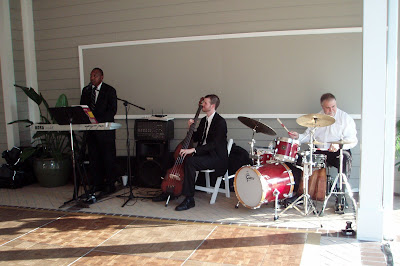 the band - they were good! 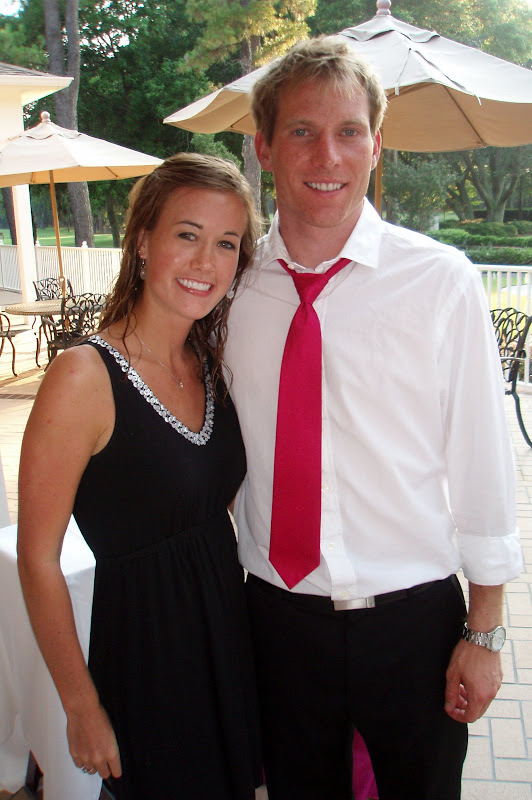 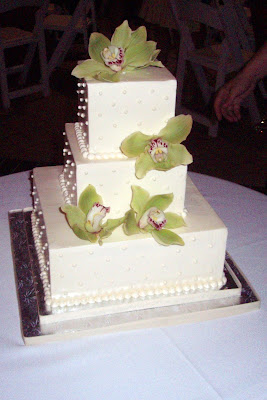 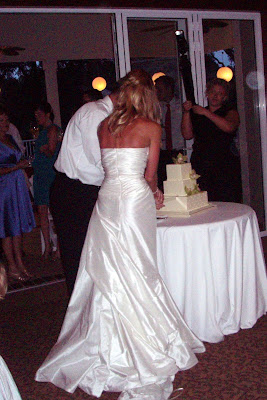 This picture didn't come out great (was using my old instead of new camera), but I
found it pretty interesting, nonetheless. After dinner, some of the guys went
out to finish their game of croquet. Next thing we knew, about 80% of the
wedding party and guests had also ventured out to the field and were just standing
around. It was so random. The poor band was left to play for me, Emily, and about
five other people who decided to stay at the tables. 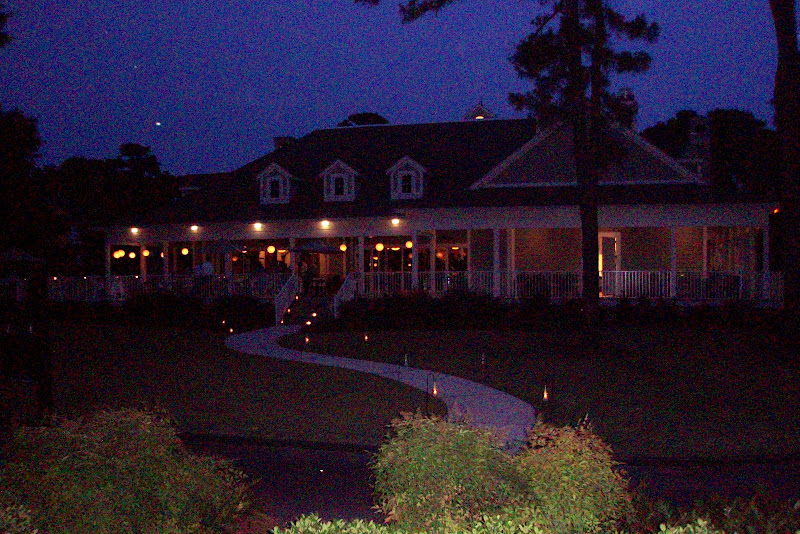 The clubhouse where the reception took place.

What was extra neat about this ceremony was that Sion was the officiant. To sum up the history behind this, Dave, Kelly, and Sion became friends when they were young kids, and they've remained best friends to this day. Sion is now a magistrate, so he was able to conduct the ceremony. How neat is that, that one of Kelly's best friends was his wedding officiant?? So special. :)

There were more events to the weekend, but those will come in another post.

Congratulations to Kelly and Lael!!!
Posted by Kara @ Just1Step at 3:29 PM