Ah, seven weeks have now passed.  Crazy!  Things are going very well.  On Monday I went to the doctor for my 6-week postpartum checkup and was taken off all restrictions, which was pretty exciting.  Krewson is smiling more and more and becoming more and more responsive.  He's started batting at the toys hanging from his playmat with his arms.  I don't know whether it's on purpose or by accident, but I like to pretend he knows what he's doing. :)

He started occasionally sleeping through the night this past week, which was completely unexpected but absolutely wonderful.  I've gotten chunks of seven hours of sleep.  I don't think I'll ever take chunks of sleep for granted again.  Once you've been deprived, you understand how truly important uninterrupted sleep is.  Seven hours of sleep added up over 9 or 10 hours cannot ever compare with 7 hours of sleep in a row.  If you don't believe me, go ahead and try it out.  Set your alarm to go off a couple times a night and stay out of bed for 30 to 45 minutes each time.  The next day you'll understand what I'm talking about. :)

I had read that babies get fussier and fussier until they are 8 to 12 weeks old, and I'm definitely seeing this with Krew.  Thank goodness he's sleeping well at night, because the days are often less than fun.  Although he smiles a ton when things are going his way, "his way" entails eating every 2 hours and being held at least 80% of the time in between.  Otherwise he fusses or screams his head off.  His lungs are clearly getting stronger with the rest of his body, because his cries can be ear-splitting.  I actually once covered his mouth with my hand because I thought my eardrum might burst.  I can't imagine what it sounds like inside his little head.  Poor guy.  Probably gives himself baby headaches all the time.

At seven weeks old on Friday, according to my at-home measurements, Krew weighed about 12 lbs and was around 24 inches long.  That means he's gained around 3 1/2 lbs and grown 3 inches.  In seven weeks.  That's some fast growing!  No wonder that all babies want to do is eat and sleep.  Producing that much body in that little time has to be exhausting. 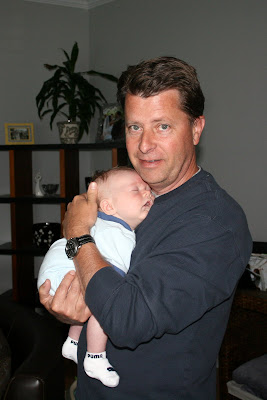 Grandpa Todd, Grammie, and Uncle Danny came for a visit. 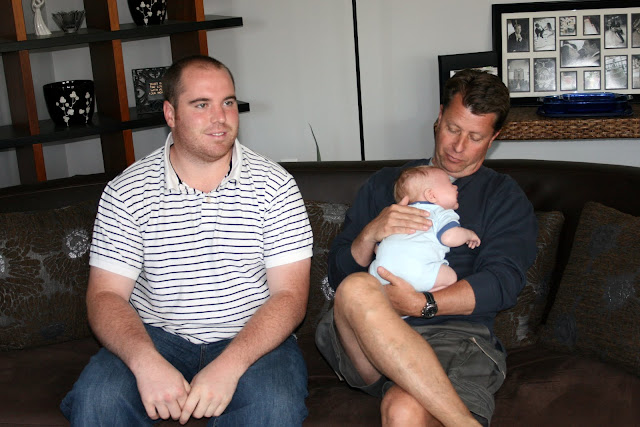 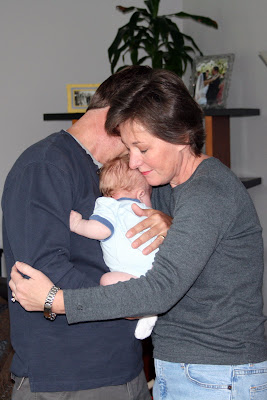 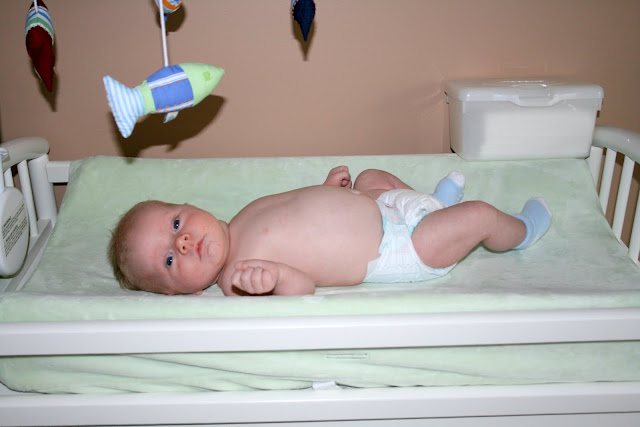 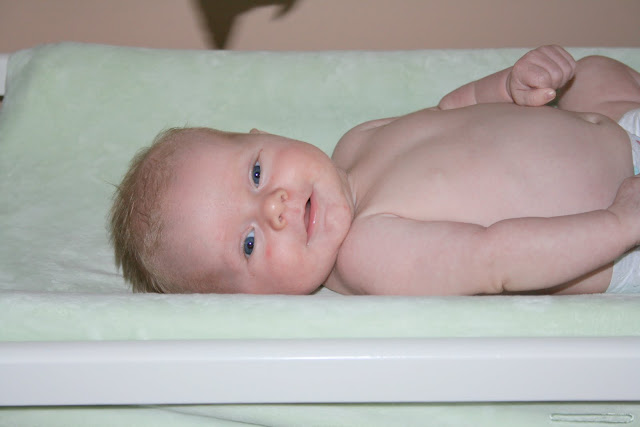 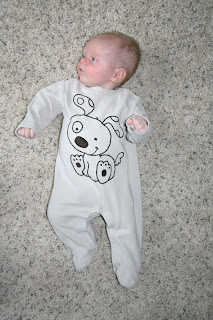 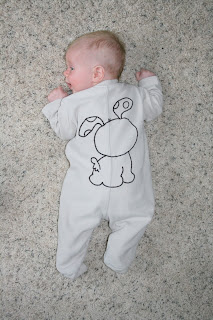 one of Mommy's favorite sleepers
Posted by Kara @ Just1Step at 3:53 PM