Since when is Barely Grey yellow?

Dave and I stopped by the house on Monday after our vacation away. The great news was that there was again a lot of progress. The microwave and dishwasher had been delivered, some flooring had been put in, the rest of the shutters were on the front of the house, and they had painted the whole inside of the house. The bad news? They painted with the wrong color.

Take a gander at what was supposed to be our "Barely Grey" interior: 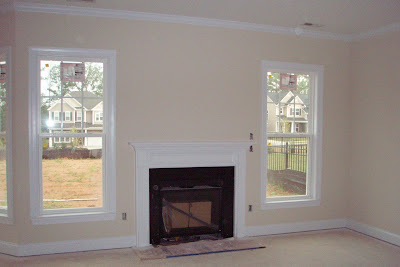 I don't know how well you can tell in this picture, but the whole inside of the house is now pale yellow. The builder stopped by while we were in there, and Dave asked him, "So is this just primer?" Brad responded, "Nope, that's the paint, just one more coat to go." We both stared at him blankly. Then I said quietly, "Um...it's the wrong color." Brad said, "What? Antique White?" I was like, "Antique White? What? What's that? The wall color?" Brad was like, "Yeah..." and I said, "It's supposed to be Barely Grey." Brad was like, "Don't tell me that." Dave and I just both smiled. Brad kind of shook his head, then nicely said, "Ok, if you were supposed to get Barely Grey, you will get Barely Grey."

Soo...they have quite a bit of fixing up to do. Considering they'd painted the WHOLE house. I feel kind of bad for them. And if Dave and I weren't such not-yellow people, I might just let him leave it. But we're really not yellow people, at all. Much more grey people. Hence us choosing "Barely Grey" over our other two paint choices, both of which had yellow undertones.

Here are a few other pics: 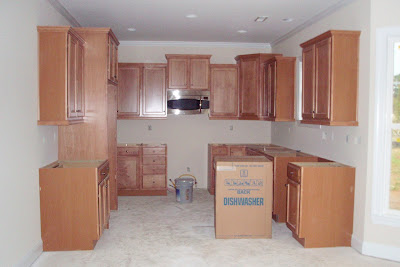 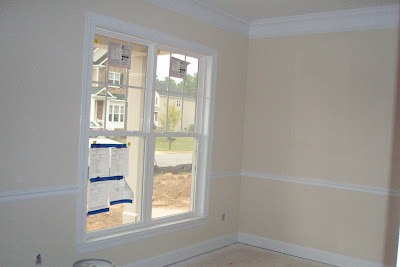 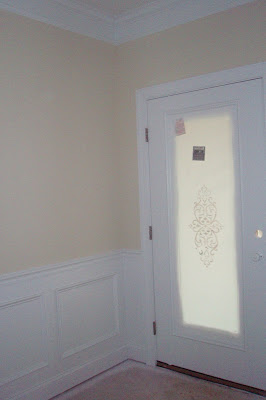 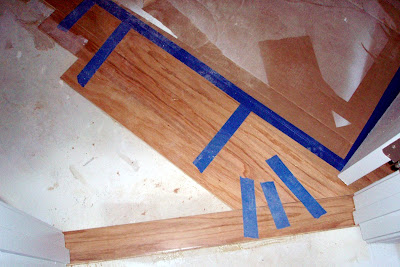 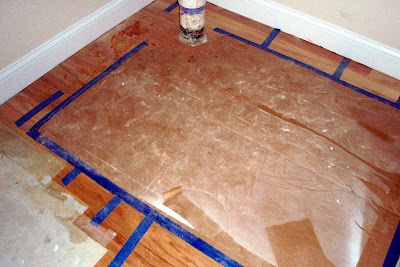 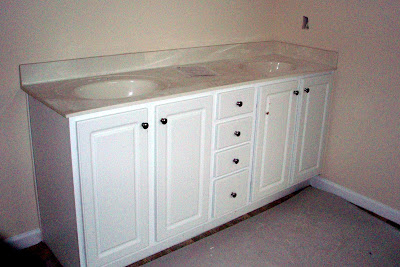 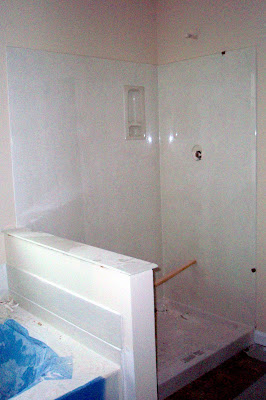 Email ThisBlogThis!Share to TwitterShare to FacebookShare to Pinterest
Labels: {Home Improvement and Decor}