Mom Moments That Warm My Heart

Sometimes when Dave is gone, I play music really loud in the house and let myself loose dancing and singing at the top of my lungs.  It's one of those things I used to do on a daily basis when I lived by myself, but I've tried to tone it down a bit now that I'm married.  (Mostly because it's embarrassing to have an audience watching you while you're twirling around like a third grader.)

Tonight was one of those nights where I decided to let it all out while listening to my Glee Christmas CD.  (Volume 2, if you're curious.) Krew (who hasn't yet reached the age where I consider him to be an actual audience) was playing by himself at the time.  As I marched through the hall singing, I looked over at him, and his face had broken out in a grin.  Before I knew it, he stood up and began following me, copying my every move and singing in that sweet little boy voice of his.

We moved into the living room and danced and sang through the whole song together.  When it ended, he said, "More! More!" and shoved his little hands together, giving the sign for "more" as he still instinctively does more often than not.  I restarted the song, and he kept right on going through the whole song again, just singing and dancing with all his heart, without a care in the world. And then he danced and sang to another song. And another.  It was such a precious, precious moment for me to share with him. Music touches me to the core, and to see him experiencing it in a similar way, and for him to be sharing that with me, warmed my heart in more ways than I can express.

It was a moment that I'll hold onto in my memory for a long time. 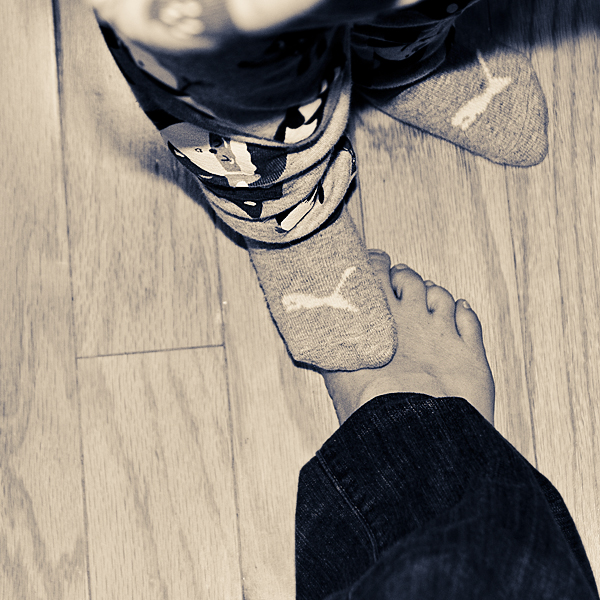 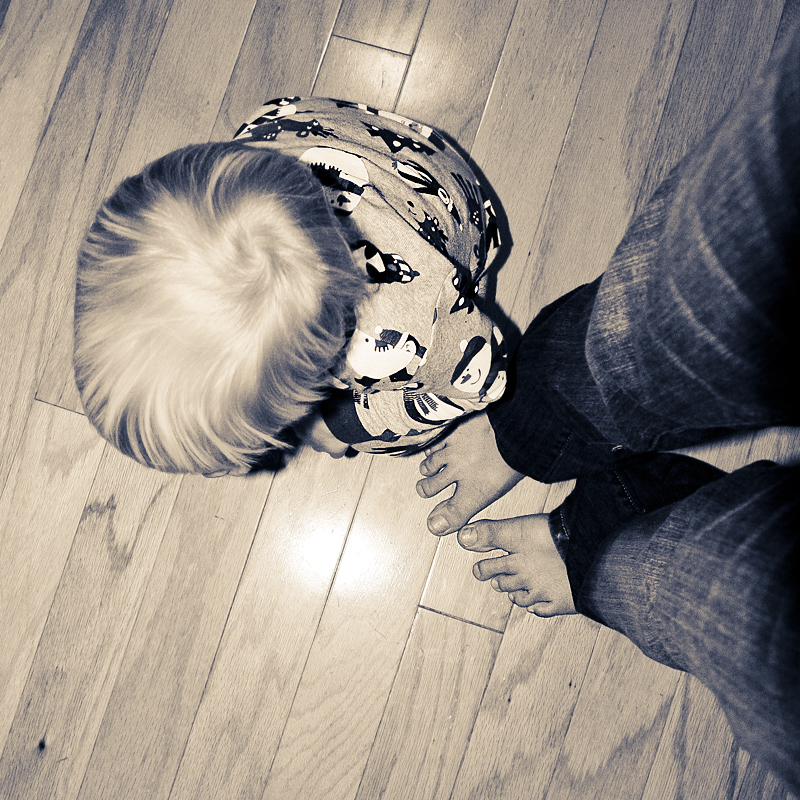 I tried to get pictures of our feet together, and this is all he gave me.

And I may or may not have let him chow down on an Oreo during one of the songs. 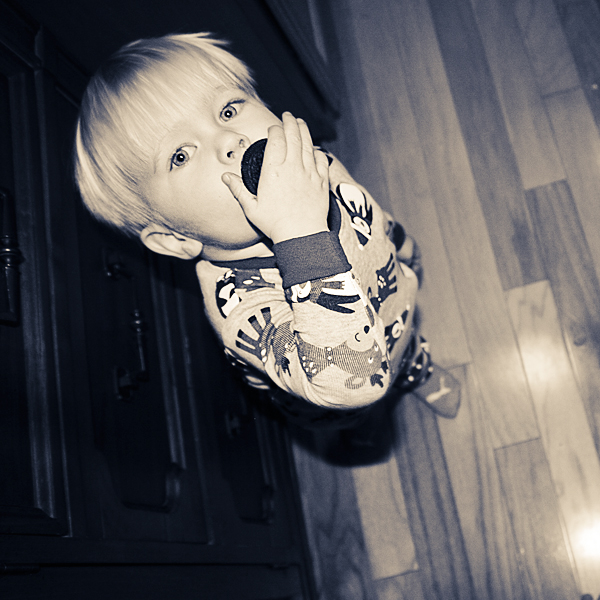 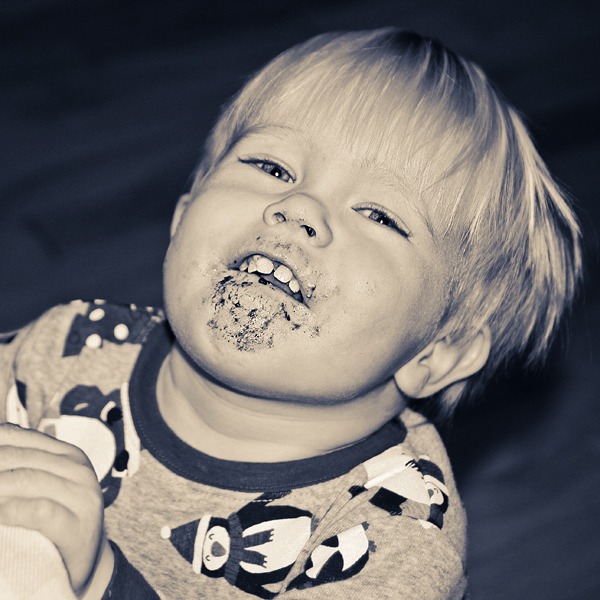