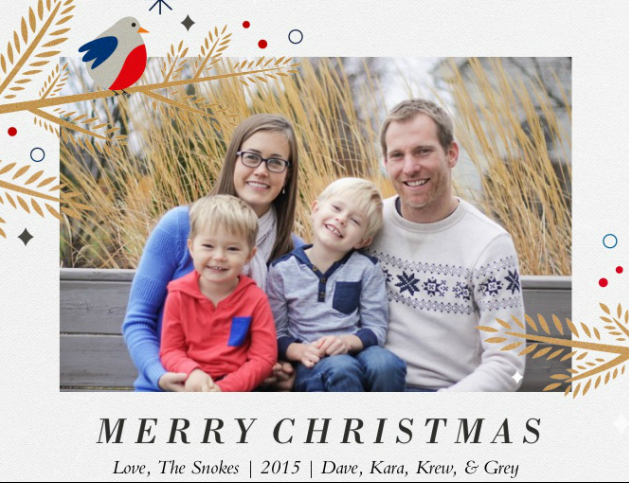 Thought I'd give you all a quick update on how we're doing in the Snoke household.

Dave is in the off-season for ultimate frisbee right now and I am LOVING having him at home more for the time being.  We haven't really accomplished anything super amazing with this extra time, but rather our life has just been a wee bit less stressful and we've been able to spend more time together tackling all the regular day-to-day things that life throws at us.  He's been getting out and running, riding his bike, or "exploring" outside with the boys as much as he can, and he's also helping me around the house and in the kitchen a ton which is a super duper blessing to my frequently overwhelmed self.  Work is going well for him.  He goes to work, does his thing, and comes home. I'm very grateful that he has a job that does not stress him out a ton and allows him the flexibility to leave early or go in late on occasion so he can attend to family matters or accompany changes in schedule due to my job.

Krew is now 5 1/2 and in transitional kindergarten (ie extended preschool, not actual kindergarten) and doing very well.  His teachers are focusing on helping him to overcome his perfectionist tendencies (hmmm no idea where he got those) and also manage his emotions in times of disappointment, embarrassment, or sadness.  He's still our sensitive, inquisitive, deep-thinking, emotional, introspective little boy. He's very into Legos, drawing, and other art crafts.  He's obsessed with Minecraft on the iPad and gets a 45-minute limit per day.  Otherwise we start seeing behavior issues due to too much screen time.  Through managing his 45 minutes using a timer, he's now learned how to add and subtract in 5s, 10s, and 15s and is impressive in how much math he can do in his head.  He's found that movies affect his emotions too much, so we don't watch a lot of those right now.  Also he played on a recreational soccer team for a couple months this fall and surprised us by actually participating (the previous season he sat on the sidelines pouting much of the time) and actually turned out to be a decent soccer player.  It was super exciting and we were so proud of him.

Greyden will be 3 1/2 at the end of January and is in the 3-year-old class at preschool.  He seems to really enjoy school.  He still doesn't really color, draw, or write much, and honestly we still can't even tell if he's left- or right-handed.  But he loves the social interaction and learning and singing with his class.  He is a spunky little boy.  He is either on or off, hot or cold.  Usually he's on.  He's typically smiling, talking loudly, attacking people with aggressive physical attention, and always moving. That child.  I tell him to stand by the cart in the grocery store and he can't help but wiggle in his place.  He's the kid disappearing down the next aisle, walking off with the wrong mom, climbing in the clothing racks, running in front of other people's carts.  All the while with a huge grin or look of excitement on his face.  Not because he's trying to disobey, but rather because he's spirited and curious and excited about life.  He's good for Krew.  It makes me smile inside (and sometimes on the outside) to see Krew joining in Greyden's "wild" behaviors while we're out in public, because I know Grey's bringing out a hidden side of Krew that we wouldn't see otherwise.  When I see Krew getting excited, running around playing make-believe in the grocery store, getting in other people's ways, I may feel slightly embarrassed and be apologetic, but really inside I'm so happy to see him being free-spirited and also playing well with his brother.  At the same time, Krew will watch over Greyden and tell him, "Greyden, you shouldn't do that.  That's not safe."  God gave them each other for a reason.

I'm sure everyone is wondering how Greyden's health is doing, and so I will provide a relatively brief update on that.  In his last endoscopy in October, Greyden's results showed that his upper esophagus was almost completely healed (with an eosinophil count of 2, down from >50 at his last endoscopy).  His lower esophagus was markedly healed, with a count of 36 eosinophils, down from >80 eosinophils at his last endoscopy.  We still have work to do on his lower esophagus, but the results were still wonderful and were what we had been praying for, and I cried many relieved, grateful mommy tears.  He wasn't all the way healed, but his health was moving in the right direction and we were finding our way.  The consensus from most of the doctors we talked to at that time seemed to be that no more additional food restrictions were needed (i.e. we likely caught all of his food triggers) but that his reflux needed to be resolved for the remaining esophageal damage.  It is hard for the doctors to know what to do with Greyden, and I completely understand this, because most if not all of their patients are on PPIs at this point in their healing journeys.  They have flat out told us this.  They all suggested PPIs to see if it heals the remaining damage.  We're not opposed to using PPIs if it's the only choice left, but we do want to see if we can heal his reflux issues through other means first.  So for right now we are taking him to an integrative doctor who is helping us to try to balance his immune system and heal his digestive system, which will hopefully resolve the reflux and stop any remaining EoE issues.  We are giving him many daily supplements to trigger his immune system to balance itself out and also to help his body heal.  Already we have seen huge improvements in his skin, which is encouraging.  His cradle cap that he'd had since he was a baby has suddenly all flaked off and is now gone.  Additionally, the keratosis pilaris that had been constantly getting worse on his arms and face is now reversing and is much milder than previously.  Even these small signs give me some hope.  Our current plan with the integrative doc will likely take another two or three months before we'll be ready to do another endoscopy and see if it's working.  In the meantime, he is on the same food restrictions as he's been for the last six months or so.  No gluten, diary, soy, rice, eggs, beef, chicken, pork, fish, shellfish, peanuts, tree nuts, green beans, bananas (and plantains by relation), cocoa, or yeast.  We pray that at his next endoscopy he'll be healed, and then we can start reintroducing some foods to his diet again.

As for an update on me, I'm staying busy being wife, mom, homemaker, and part-time worker.  My health goes up and down, but I'd like to say I'm having more and more good days and fewer and fewer bad days.  If I stay strict on my diet and my sleep and keep my stress level low, I do well.  But when any of those three areas falters, my body tends to crash. My job has gone in and out of spurts of being very stressful over the last 6-9 months, which at times led me to work up to 30 hours per week. I know that doesn't sound like much to all you full-time workers out there, but with my health issues and also keeping up with Greyden's needs, it's simply too much for me right now.  I'm grateful to say it now looks like those stressful times at work should be over for a long while and I'm back down to working 16-24 hours per week.  I'm still spending a tremendous number of hours in the kitchen trying to keep up with healing diets for both Greyden and me, but as a result I'm also starting to feel like I really know what I'm doing in the kitchen and it's exciting to be able to say I think I'm a fairly decent cook.  Except for cooking fish and hamburgers.  I always overcook fish and hamburgers. (Sorry, Dave.) I also do volunteer work for church and participate in Bible studies. It's a busy life.  And I miss things like blogging, photography, and playing piano, which are still passions of mine that I never seem to have time for anymore.  I'm hoping that I can eventually learn to manage all my responsibilities better so I can get back to some of those things that bring me extra joy.  But honestly, my life is already pretty joyous as it is. :)

Alright I think that's a good update on us all.  We wish you all a very Merry Christmas and encourage you to remember the reason for the season in the midst of everything.  If it weren't for Jesus and God's grace, we wouldn't be where we are today as a family, nor would we have the hope that we do for the future.  We look forward to 2016 and pray it's a wonderful year for you all, too. :)

Email ThisBlogThis!Share to TwitterShare to FacebookShare to Pinterest
Labels: {Greyden}, {Krewson}, {My Life}