As we all may know around here by now, I’ve had a whole slew of health issues going on that I’m on a mission to conquer (celiac disease, SIBO, fructose malabsorption, etc.). Then, a couple months ago, I discovered yet another health issue that was holding back my progress on everything else: 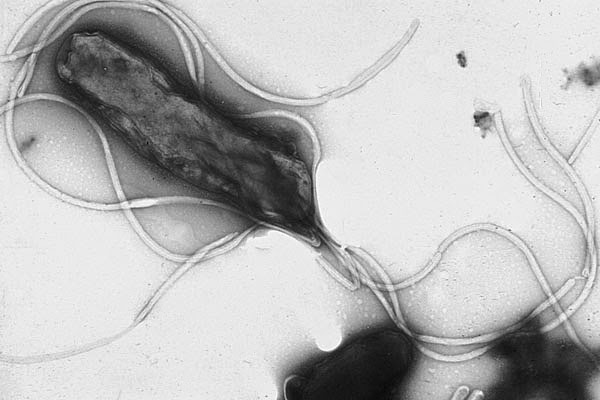 Helicobacter pylori (h. pylori) is a type of bacteria that lives in your stomach. There are estimates that ½ to ⅔ of the world has h. pylori inhabiting their stomachs, but it only causes issues in a small percentage of those people.

Wouldn’t you know I’d be the lucky one.

H. pylori is now believed to be the cause of most stomach ulcers. The little buggers destroy your stomach lining, and then stomach acid gets into the holes in your lining and viola! you have an ulcer.

First, I had undigested food particles coming out of my body. That’s not normal - the foods should be broken down into liquidy paste in my stomach. I should not be able to tell what I ate by looking in the toilet. So that suggested that my stomach wasn’t doing its job; i.e. I had low stomach acid. I also had other symptoms of low stomach acid: my sphincter between my esophagus and my stomach was “gaping open” according to my January endoscopy, and also according to my January endoscopy I have slow stomach transit (there were remains in my stomach during the endoscopy, loooooooong after there should have been anything to see). Other symptoms of low stomach acid which I was also experiencing were bloating, indigestion, and an abnormal feeling of fullness in my stomach after eating.

Now, a common remedy for low stomach acid is to take betaine HCl with your meals, which increases levels of acid in your stomach. Sounded easy enough. So I tried it. And much to my chagrin, every time I took a betaine HCl pill, my stomach would burn horribly and I’d get incredibly nauseous. Enzyme pills, which are also supposed to help with digestion, did the same thing. I even vomited from the pain a couple times. It was perplexing. 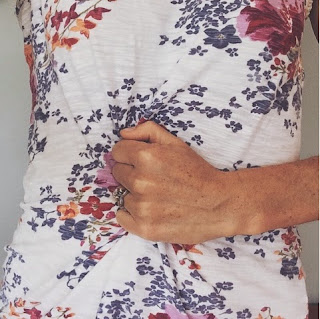 I decided to read a book on natural remedies for heartburn, hoping to find the cause of my burning stomach. And, thank the Lord, hidden within that book was one little section of text that gave me the answer I needed. It said that if you have the symptoms of low stomach acid but experience severe burning or nausea with only one betaine HCl pill, then that means that you probably have a compromised stomach lining, likely from an h. pylori infection, and that you need to kill the h. pylori and fix your stomach lining before you can progress any further in your healing.

I was sooooo excited. I felt like I finally had an answer. I immediately quit reading the book and began my search for a natural remedy. As I mentioned at the beginning of this post, I decided not to go to a doctor to get an official diagnosis for several reasons: a) it costs money b) I wouldn’t want to take the conventional remedy for it, rather, I’d want to fight it naturally and c) I just flat out don’t like doctors much right now which d) suggests I need to see an alternative practitioner, which I definitely can’t afford.

And this left me trying to heal myself on my own. But I was willing to take on the challenge.

I did some reading and found an inexpensive eBook that basically summarized all the remedies for h. pylori that you can find on the internet. It was a simple book with grammatical errors and typos, but it gave me the info I needed. Using it, I established my own remedy and put it into practice.

It totally worked! Two months later, I can now take betaine HCl pills and enzyme pills - at the same time, mind you - and have no burning, pain, or nausea whatsoever. I’ve healed my stomach lining and can now move forward with increasing my stomach acid and using enzymes to digest my food better - which means a whole lot of other wonderful things for my health (actually getting nutrients from my food, not sending undigested food through my already compromised small intestine, less susceptibility to food sensitivities, etc. the list goes on and on).

Since this post is already getting long, I’ll share my personal remedy in the next blog post. It's been a long journey, but it worked and now I'm slowly tapering off the supplements and foods that I've been using.

And whattayaknow, I actually healed something in my body. Success. Yay. :)
Posted by Kara @ Just1Step at 4:12 PM