I hope everyone had a fun Halloween!

We had an Emo Kid and a Davey Crockett. Krew was very overwhelmed and uncomfortable with the idea of dressing in a costume (even to the point of tears), so we put him in a home-decorated t-shirt and called it a day. He thought he was wearing normal clothes, Dave and I got to have a little fun, it was a win-win situation. 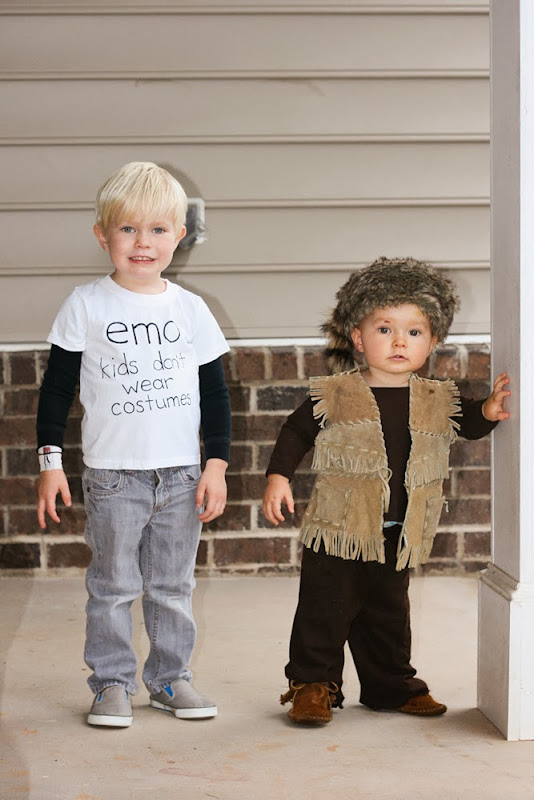 When we gave him the shirt to put on, he asked Dave what it said. When Dave told him, he replied, "Yeah, I am an emo kid. That means I'm SPECIAL." 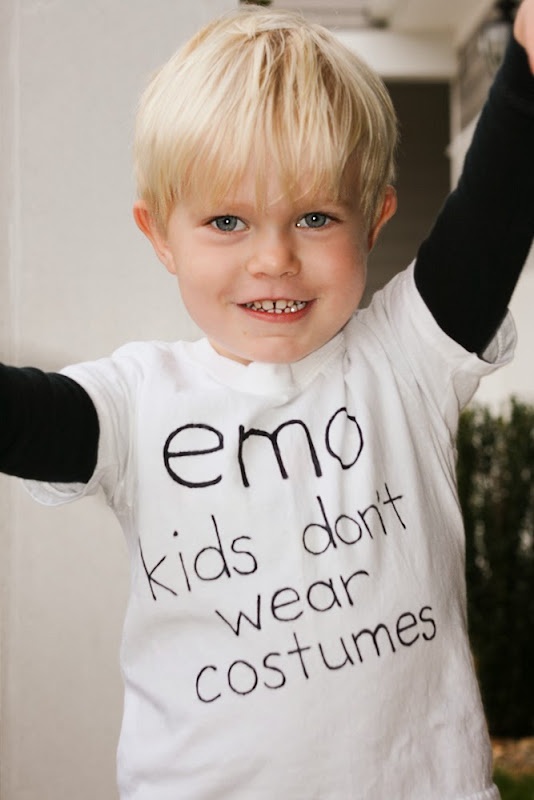 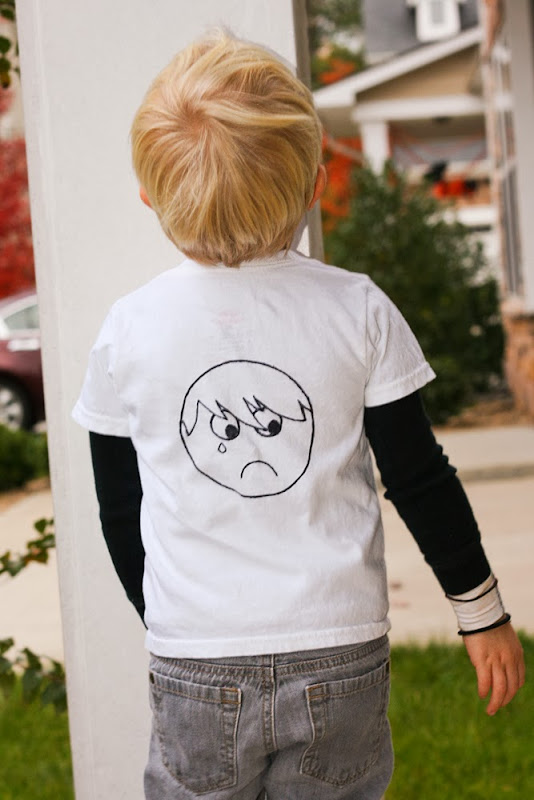 Grey wore Dave's costume from when he was a little boy. (Well, mostly. The coon hat was new.) He looked pretty stinkin' cute. :) He entertained himself throughout the night with kicking off his right moccasin (we almost lost it once) and yanking off his hat. He also started reaching out his hand at each door to let them know he wanted candy too, then he'd reach into the bucket and grab a piece and drop it into his Halloween container. I loved it. 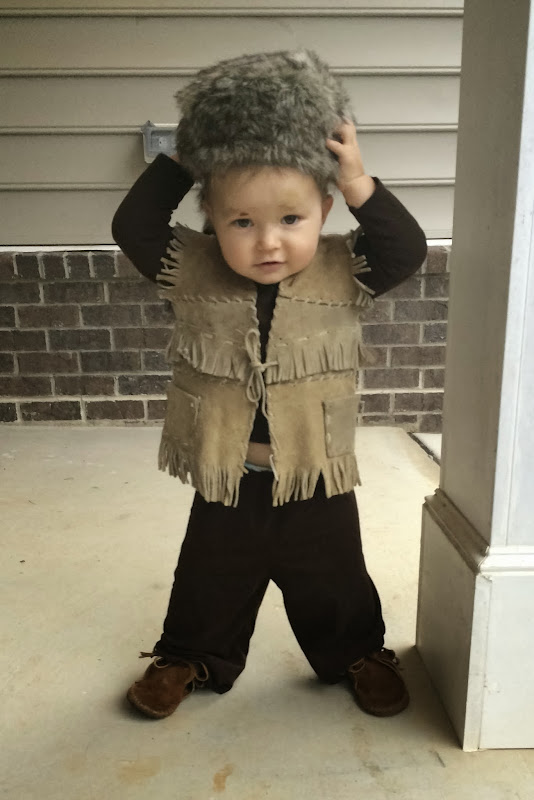 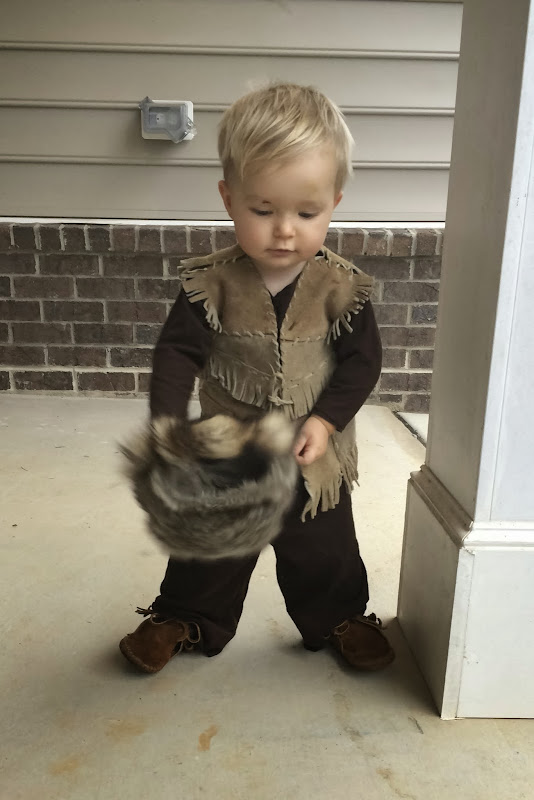 At first Krew was a little reluctant to say "Trick or Treat!" and "thank you", which didn't surprise me, but by the end of the night he was screaming them both enthusiastically at each door, and had even added in his own, "Happy Halloween!!" Which was pretty awesome because a couple doors later Greyden decided to copy him and started chiming in, saying, "AH-ee-oh-wee!!" 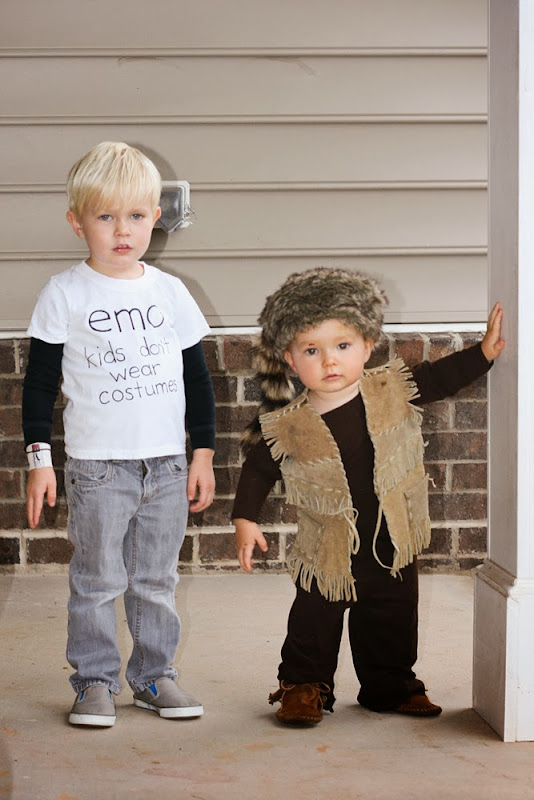 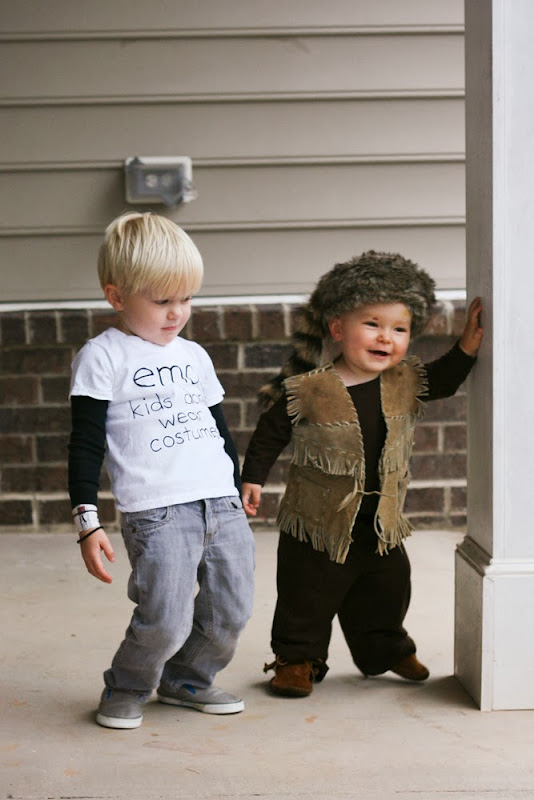 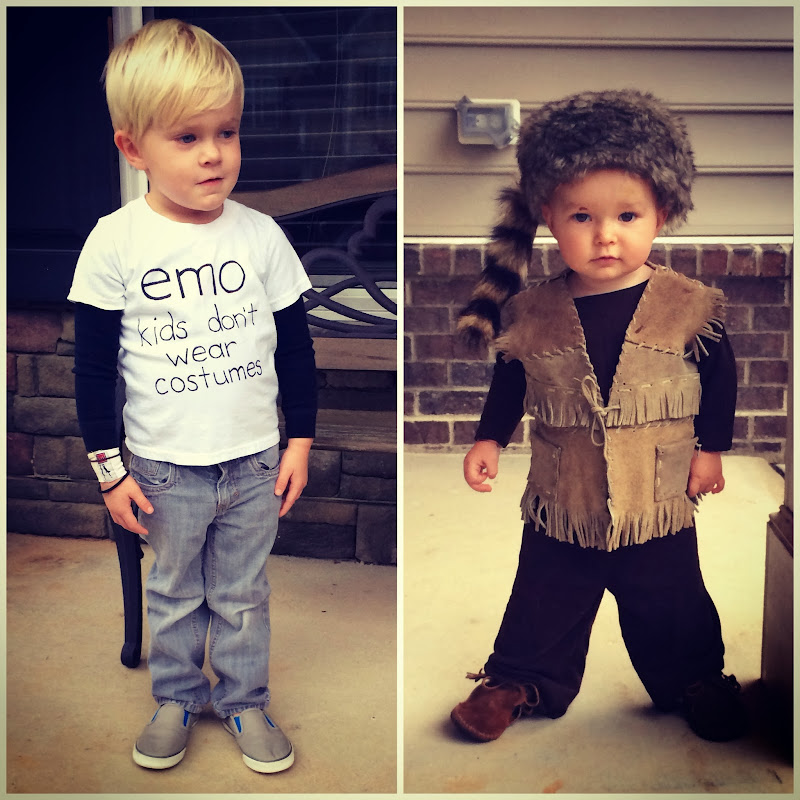 The boys' friends Ellie and Cate came over to join in the trick or treating fun. We didn't even make it up and down one street before they all decided they were done, but it was a fun night nonetheless. :) 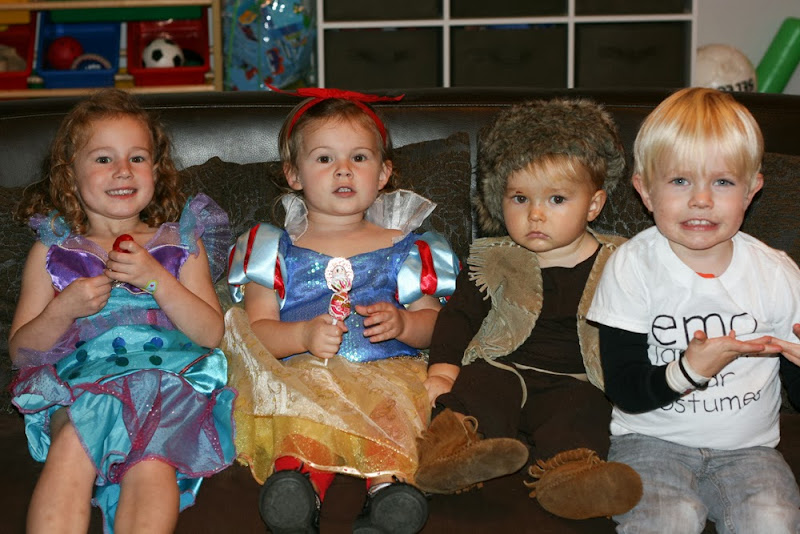